Mr W retired at 65 after 30 years of membership of the Society. He received a lump sum payment from the Provident Fund of £765.00 in return for total contributions paid of £312.80 In addition, as a result of his good sickness record (he had claimed just £40.00 in sickness benefits during his membership), he received a partial refund of his contributions to the Sick Fund amounting to £437.65

Mr B retired for medical reasons at age 64 after 42 years of membership. He received a lump sum payment from the Provident Fund of £800.20 in return for total contributions paid of £318.28 He had also claimed £488.10 in sickness benefits during his membership, having paid in contributions of £980.89 to the Sick Fund,receiving £246.40 refund

Although Mr S has only been a member of the Society for 8years, he has unfortunately suffered with ill health on a regular basis, and received a total of £735.50 from the Sick Fund in return for total contributions of £302.40

On being medically retired he also received a payment of £215.00 from the Provident Fund having paid £77.60 in contrbutions.

ESTABLISHED FOR OVER 100 YEARS
The Society was established in 1918 and for almost 100 years it has served bus company employees in and around London and the South East. It has given them peace of mind just when they needed it at times of sickness, bereavement and retirement. 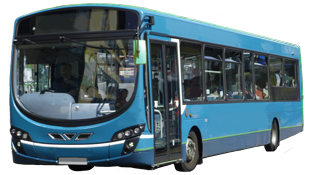